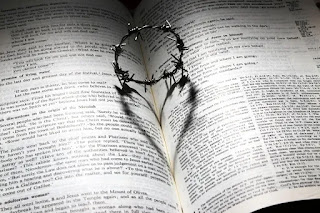 I feel like it should go without saying, but apparently it must be said anyway: I will not support sedition and insurrection against the government of the United States.
I realize this puts me (again) at odds with some of my family, friends, neighbors, colleagues in ministry, and parts of the Christian community. Yet, what some are standing for while invoking Christianity is so egregious I'm obligated to at least register my opposition.
"For all the law is fulfilled in one word, even in this; Thou shalt love thy neighbour as thyself" (Galatians 5:14, KJV).
Fomenting hatred and violence are the opposite of Christianity, and yes, even when done in the political sphere. Working to advance discrimination, racism, oppression, injustice, and deceit is a demonic endeavor no matter what the arena. That includes the recent and continuing threats against our democratically elected government.
We should, in love, stand up for what we believe in (and against what we don't). The Biblical imagery of resistance by "The Three Young Men" provides an example:

Radicalized insurgents continue to demand our worship of their leader and our subordination to their malicious ideology. We will not.