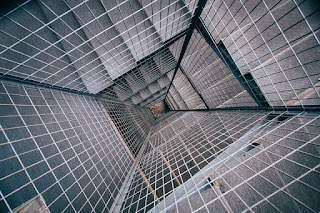 See the Bible through the eyes of others, especially from the healing perspective of Jesus. John 12:1-8

Then Mary took a whole pint of a very expensive perfume made of pure nard, poured it on Jesus' feet, and wiped them with her hair. The sweet smell of the perfume filled the whole house. (John 12:3 GNT)

The image of this event in the life of Christ is rich just in itself. There was a room full of people gathered together to have dinner together, and to celebrate Jesus being there. And Mary anointed his feet with a sweet fragrance that filled the house. Mary and Lazarus and Martha were all there; it was their house in Bethany, Just a few miles outside of Jerusalem where Jesus would be going the next day for the triumphal entry. Presumably some of these other people were there with him, like Mary, the mother of Jesus, because she was there at the cross a few days later. Mary Magdalene, maybe some of the other people mentioned in the Bible and in church tradition also were there in Jerusalem that week.

Remember when he was twelve they traveled by caravan, and they would have different places where they stayed over. Maybe this was one of them, because this wasn't the first time Jesus stopped to stay there with Mary and Martha and all these other people that might have been with them.

Then Jesus said what he was going to be seeing. What everybody else didn't understand and realize. I started thinking this week about through our lens of being loved and not judged. And looking at our scripture that way. Loved, not judged. And it scooted things around again for me. Usually when I preach on this passage, I preach on the part where it says, "The poor you will always have with you." And that is part of it and that will come up.

But it also kind of scooted the lens around a little bit to emphasize for me this idea of the different perspectives people have, and the perspectives we bring from wherever we've been in life so far. Some are hereditary. Some things that are just hardwired to genetics and all. Some are sociological heritage where we've been brought up and where our ancestors were brought up. Some are the things that we just come up with ourselves by our thinking and our study and our experiences, all of it could be changed in this moment. Because in addition to all of those perspectives that we brought in the door with us this morning, it's what we walk out the door with that is renewed, and the division and the perspective we have on life and love and church and spirituality and eternity, and all that we do and think is shaped in each moment by the decisions that we make.

Some of those decisions cancel out things that are a part of us from the past. And others bring them more highlighted and bring them to life. And others are new and fresh, that we discover in the moment.
Mary and Martha stood out to me first in this passage because this isn't the first time this has come up in the Bible. It says, "And they were getting their meals all prepared. And Martha was helping." First I thought "they" who? Because in our other time in the Bible when this comes up, Martha was doing all the work, and they were all in there listening to Jesus. I'm getting the idea this is not the only two times that ever happened. The two times that made it in the Bible because a lot of things people do never make it into the Bible, but this made it in there twice that Martha was doing all the work while the others were enjoying the company.
But all that has its place, but it does change your perspective on things when you look at it through their eyes. Looking at this event through the eyes of "they" whoever they are. All these other people in the caravan, I guess all the people might be present there traveling to Jerusalem for the Passover. And Martha in particular whom we already have been introduced to several times.

And one of the other places was at the graveside of Lazarus when Martha said, "If you were here you could have done something". Then Jesus said, "I am the resurrection and the life." And he called for Lazarus to come forth, and Lazarus came forth and was raised from the dead. And now seated at the table here at the house, at his house where Jesus was being anointed.

It's interesting to me I thought that, it says 300 pieces of silver and this could have been used to trade in for. And when just a few days later he would betray Jesus for only one tenth of that amount, 30 pieces of silver. And you can see from the way he was described in the passage, the perspective some of the others had about Judas too that he was one of the most highly thought of.

It's kind of like I guess what they were trying to bring out with Judas' perspective there. So there is that perspective there, that probably more than the man himself is viewing the idea that we need to shuffle around a little bit in our minds and get some new perspective for ourselves. The funding of the mission of the church and the helping of the poor.

The mission of the church, Jesus had laid out in his own home church at the beginning of his ministry and reading from Isaiah about all the six things that he wanted to accomplish. In the challenges that he continues to give us through the new testament, and through our personal callings and gifts and graces to do all the works that God has called us to do. None of that takes anything away from helping the poor, but it adds to it. Part of the mission of our church is to minister the gifts and graces that God gives us to help the people around us.

So then we look at the event through the eyes of Jesus whose feet were being anointed, and who said to the others, "Let her alone, let her do this. This is for my burial." Now over and over throughout his ministry, he had been telling people that he was coming to this point. And now it was here, but everybody still didn't see it. But he saw it and he expressed it once again here. "She's anointing me for my burial." It's not even a week away. And the week away he would have been already in the tomb for two days. And the next day would be raised from the dead.

He was looking at that now he was entering this holy week that we'll be celebrating next week. And he was always looking at everything in terms of our healing. Now he was wounded for our transgressions, Isaiah said. Bruised for our iniquities. The chastisement of us all was laid upon him. And by his stripes, we are healed.
When we think about salvation, I think it would be helpful to think about it through the eyes of Jesus, the Savior. We profess that Jesus came to be our savior, and to save us from sin, and to save us for heaven. And these are the valid things, that's what the Bible teaches and that's what we believe. But sometimes our perception of what that is a little off. And I think when we look at it through this event and through the eyes of Jesus at this event, it really brings out the healing aspect for that.

And if we use the word interchangeably, which it can be, it's translated interchangeably in the Bible, we're healed by him. Our sins are healed, that our hearts are healed, that our lives are healed. We're healed for heaven. If we just think about salvation a little more in terms of healing, then it clarifies for us really what salvation is. And if we think about it less in terms of healing, it sort of mystifies it into something that we can't quite figure out what it's talking about almost. Absent of healing, it loses its meaning. Salvation loses its meaning absent of the healing properties of salvation. That was the work that Jesus did.

And the perspective that we bring to any passage of scripture is going to shade our understanding. If we bring this perspective looking through all these different eyes, what we're doing, and then what the Bible is saying, and what we're talking about it with one another. And especially we want to try to see through the eyes of Christ. What was Christ trying to say? What's Christ trying to do in our hearts and minds.

And we bring that I think then to the table this morning as we gather around the table of the lord, break the bread and share the wine. And as those who wish to receive an anointing, go to be prayed over for healing, how does this look through the eyes of Jesus? When he broke the bread, when he gave the wine. What was he thinking when he knelt down and washed his disciples' feet? And when he got up and went from there to Calvary, what was he thinking that all this should mean and for us today in this hour?

Transcript of the audio for the sermon preached extemporaneously at Briensburg UMC on April 7, 2019.